Many homes and businesses deal with termite problems but a place you don’t often see the pest inspectors is around power poles.  Sparky the Kelpie and Buzz the black Labrador paid a visit to Dubbo yesterday as part of an Australian-first trial to use sniffer dogs in order to detect termites in power poles. Country Energy’s North Western regional general manager Peter Halliwell said the trial will take place in the Bourke and Nyngan region and will incorporate using the dogs to detect termites in 2000 poles. We are always trying to find better ways of maintaining our network, he said. The network in these areas has always been very susceptible to termites, due to the soil type and the (dry) environment surrounding the network It is an ongoing issue and many poles have to be replaced. Martin Dominick, from The K9 Centre in QLD said detection dogs can sniff out drugs and bombs, and now we’ve got another reason to love man’s best friend. They’ve sniffed out drugs, bombs and perhaps even cancer, and now they’re lending their extraordinary noses to fighting termites. 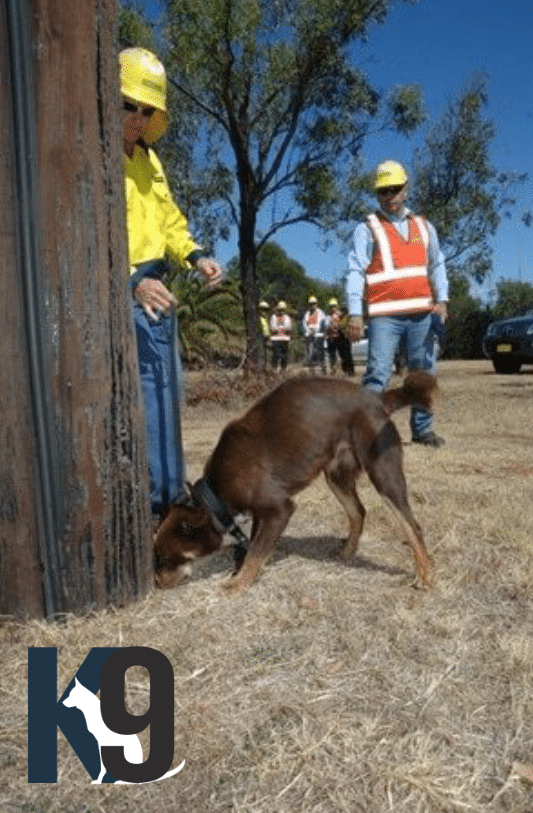 A dog’s sense of smell is thousands of times better than a human’s, and in an Australian first, man’s best friend is working to make powering man’s houses safer and more reliable. Across the country termites are threatening to eat away our power poles, meaning energy companies are forced to send inspectors to manually drill into and check the poles for an infestation. “In the north western region this is a big issue,” Country Energy regional general manager Pete Halliwell said. “Typically the poles are in the ground about 40 years and that’s a very long time to try and prevent a termite attack. “If the dogs can pick up the termites early it’s going to be much better for everyone.” Asset inspectors Mark Beetson (Nyngan) and Joe Stephens (Bourke) were presented with their new specially trained detection dogs in Dubbo today. “Sparky is a brown kelpie and seems to be full of energy,” Mark said. “I think the dogs will be a good asset and I’ve got a German shepherd and a silky terrier so dogs don’t worry me.” Currently inspectors like Mark examine wooden power poles every four years for damage.

Pete Halliwell says not only will the dogs hopefully be more perceptive in finding termites, they will be able to save drilling into the poles to take samples. “We’ve always known dogs are good at detecting things and they’ve been used for finding termites at homes so we didn’t see a reason why it wouldn’t work on power poles,” he said. The man responsible for preparing the dogs for work is Martin Dominick who runs a dog training business. “We start by finding the right dog to see if they’ve got the drive and stamina,” he said. “After we select them we put them on a three to six month program and it’s all about conditioning them to understand that the odour of termite is what they’re looking for. “They get rewards out of it so they love doing the job.” The two special dogs will be part of a 2000 pole trial in western New South Wales – an area with 181,167 power poles in use. The work will start after a three day training course for the new handlers.

Anyone who’s taken a domestic dog for a walk would know most not only enjoy inspecting power poles, but also marking it with a cock of the hind leg. “As part of the training these dogs are trained to not go to the toilet in their workplace,” Martin said. “We take them out on our training area and make sure they’re working to the strict level we set for them. “This opportunity with Country Energy is opening doors because I think detection dogs are undervalued in Australia.” As well as Sparky the Kelpie, the other detection dog is Buzz the Labrador, but Martin says breed isn’t necessarily important for this line of work. “What we look for is the drive or desire to do the work – it’s more about the genetics of the animal, not the type,” he said. “It’s funny how the dogs almost choose their owners and today the boys have selected a dog that suits their personality.” 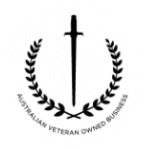